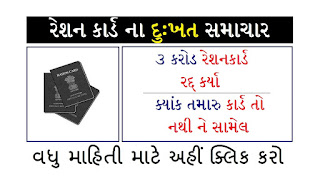 ➤What to do now
If the ration card is canceled, you have to go to your food supply department and get the information. Where he shows his ration card and Aadhaar card. The Aadhaar number has been genderized with the ration card. Then your new ration card will be made and the old one will continue.