ojasalert
News Report
Banks will be closed for 13 days in August, including Rakshabandhan and Independence Day, beginning the month with the Eid-ul-Fitr holiday.
banks will close on August 8 and 22 as it is the second and fourth Saturday
This time in the month of August comes 5 Sundays

Banks will closed for 13 days in August. Goat Eid holiday will be at the beginning of the month. In addition, August 3 will be a bank holiday due to the Rakshabandhan festival. Banks will also be closed due to Krishna Janmashtami and Independence Day. In this case, if you have to finish any work related to the bank, then finish your work by looking at the list of these holidays.

A brief description of 20 Gust Holidays 2020
Eid al-Adha: A festival known as Eid-ul-Zuha or Bakr-Eid is celebrated by the Muslim community. Often referred to as the Feast of Sacrifice, special prayers are offered as part of the festivities. On the day of the festival, people wear new clothes, send greetings to others and give gifts to their near and dear ones. Sheep or goats are sacrificed during the day and their meat is shared with family members, neighbors and the poor.

Rakshabandhan: Rakshabandhan is a festival that celebrates the love between a brother and a sister. On the day of the festival, a sister ties ashes on her brother’s wrist in the presence of the family. In return the brother will take care of his sister and give special gifts.

Zulhan Purnima: It is another important festival for the followers of Lord Krishna. This festival celebrates the connection of Radha-Krishna with the romantic passion of Varsani. As part of the festival, the idols are both Radha and Krishna and are placed on a decorated and decorated swing. Between the bhajans and kirtans worshiped by the priests, people visit the temples and swing the deities. Special Aarti is held in the temples on the occasion. 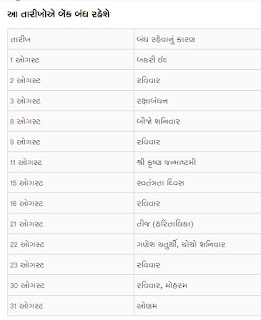 Tendong Lo Ram Fat: It is one of the most important festivals celebrated in Sikkim. As part of the three-day festival, Mount Tendang is prayed for. People make a model of stone out of nine stones and worship it. To get the blessing, people wear masks and sing and dance. The festival has a special significance for the Lepcha tribe.

Janmashtami: Janmashtami is celebrated on the occasion of the birth of Lord Krishna. In the Hindu month of Bhadan, the eighth day of the dark fortnight is celebrated with great devotion. This festival is actually celebrated during midnight as it is believed that Krishna was born on a dark, stormy and windy night. As part of the festival, pujas and aartis are held in different parts of the country.

Patriots Day: A day is observed in Manipur to pay homage to the heroes who gave their lives fighting against the British during the Anglo-Manipuri War. A state program is held every year to pay tribute to the brave.

Independence Day: A national holiday that celebrates the country’s independence from British rule. The main celebrations take place at the Red Fort in New Delhi, with various functions taking place in different states of the country. As part of the festivities, national flags are flown, patriotic ceremonies are held, and the freedom fighters who gave their lives are commemorated. The Prime Minister of the country addresses the nation and gives an account of the achievements made in the past year and gives an insight into future plans.

Parsi New Year: Celebrated as the opening day of the Iranian calendar. The day also known as Jamshed-e-Nuraz is celebrated with great enthusiasm. During the day, people from the Parsi community beautify their homes and wear new traditional clothes. Fire temples are visited to seek forgiveness of their sins and to pray for prosperity. Traditional Parsi delicacies like forcha, sweet seva dahi, dhansak etc. are prepared as part of the festival.

Ganesh Chaturthi: An important Hindu festival in the country, Ganesh Chaturthi is celebrated on the Hindu month of Bhadra, Shukla Chaturthi. During the festival, Lord Ganesha is worshiped as a symbol of good luck, wisdom and prosperity. It is celebrated with much devotion and enthusiasm. The festival lasts for 10 days and a special sweet dish called ‘Modak’ (dumplings) is prepared as part of it.

Baba Srichand ji Jayanti: A day to celebrate the birthday of Guru Nanak’s eldest son Shri Chand. During the day people remember Srichand’s life and his teachings. Special events are organized to mark the occasion.

Ayankali Jayanti: This day is celebrated in honor of social reformer Ayankali, who did extensive work for the development of those who acted as outcasts. During the day, his efforts are remembered and tributes are paid in different parts of Kerala.

Ramdev Jayanti: This day is celebrated to celebrate the birth of Baba Ramdev, the king of Rajasthan who ruled over Pokhran in the 14th century. Considered to be an incarnation of Lord Krishna, it is believed that he had spiritual powers. During the day, the temples built for him are decorated. People offer special meals in the temples as well as toy wooden horses with new clothes. Ramdev Jayanti is celebrated on the second day of Shukal Paksha in Bhadrapad in the Hindu month.

Teja Dashmi: The birthday of Lord Tejaji from Jat community is celebrated in the festival. It is celebrated on the tenth day of the wax phase of the moon in the month of Bhadrapad according to the Hindu lunar calendar. As part of the festival, people buy new things and pray for prosperity, health and wealth. A procession has been organized for the occasion. It is believed that God saved Tejaji