Loksabha News About Retirement of employees 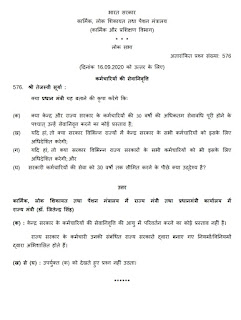 (A): There is no proposal to change the retirement age of Central Government employees.