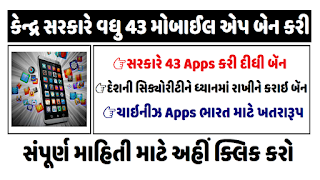 The government had received complaints about the apps, saying they could pose a threat to Indian security and law and order. After which the government closed these 43 apps as a precaution. 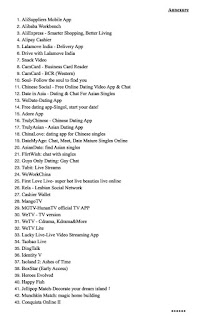 The apps have been shut down, according to a statement from the central government.

The central government on Tuesday put a ban on 43 mobile apps. The Center has placed this ban as per Information Technology Act 69A. The Center said that the app is engaged in activities that endanger the unity, integrity and security of the country.