Std. 6 to 8 schools will be started in Gujarat from next 18th February. This important decision has been taken by the state government in view of the gradual decline in the case of Kovid.

The issue of starting schools was long debated during the Corona period. Then the government has now come to a definite decision. In schools std. 6th to 8th class start date has arrived. Schools will start from February 18. However, the government had already given indications. Along with this, instructions have also been given to the primary school teachers. All teachers are instructed to attend. 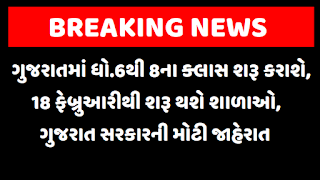 A letter of consent from the parents is required
Parents’ consent will be required with the commencement of schools. The student can come to the school only after the approval of the parents. However, the government has not made it mandatory to attend. Students can come to school voluntarily. Along with this, schools will also have to strictly follow the SOP. 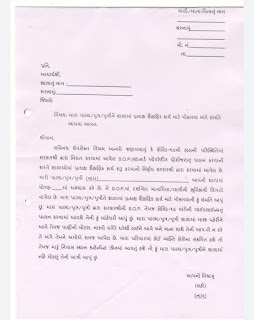 However, all schools must adhere to Corona’s guidelines. Online education will also continue through the school. And social distance in the classroom, masks must be worn. However, earlier the government had shown readiness to start schools. There were also protests by several guardians during that time. However, now schools are being started slowly. So on the other hand colleges are also starting with social distance. Students are also returning to colleges like Gujarat Vidyapeeth. So hostels have also been started in colleges.
Join WhatsApp Group
← Previous Post
Next Post →