Recruitment of Education Assistants in Non-Government Aided Secondary and Higher Secondary Schools of the State for the year 2021. 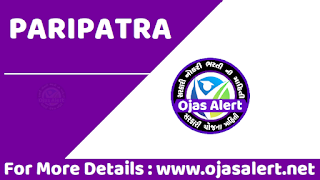 GUJARAT: The first bench of the Madras High Court has stressed that the Tamil Nadu school education department cannot restrain aided schools from recruiting non-teaching staff without prior approval from the department. Chief Justice Sanjib Banerjee and Justice Senthilkumar Ramamoorthy said, an aided school cannot be faulted for appointing a person to a sanctioned post or seeking the appointment.

The court passed the directions to the plea moved by S Murugan, who was appointed as an office assistant in the Vadamattam Higher Secondary School, Tiruvarur. According to the petitioner, the appointment could be made seeking permission of the district education officer so the school applied for permission. However, permission was declined and the petitioner sought the court’s intervention.

During the arguments, the petitioner also contended that a single judge allowed the plea observing that there was no room for seeking permission for the appointment of any non-teaching staff of a government-aided school. The court also said there was no requirement to engage only surplus staff posted at other government-aided schools in the district or of nearby locality when the post was sanctioned. However, the state challenged the single judge order.